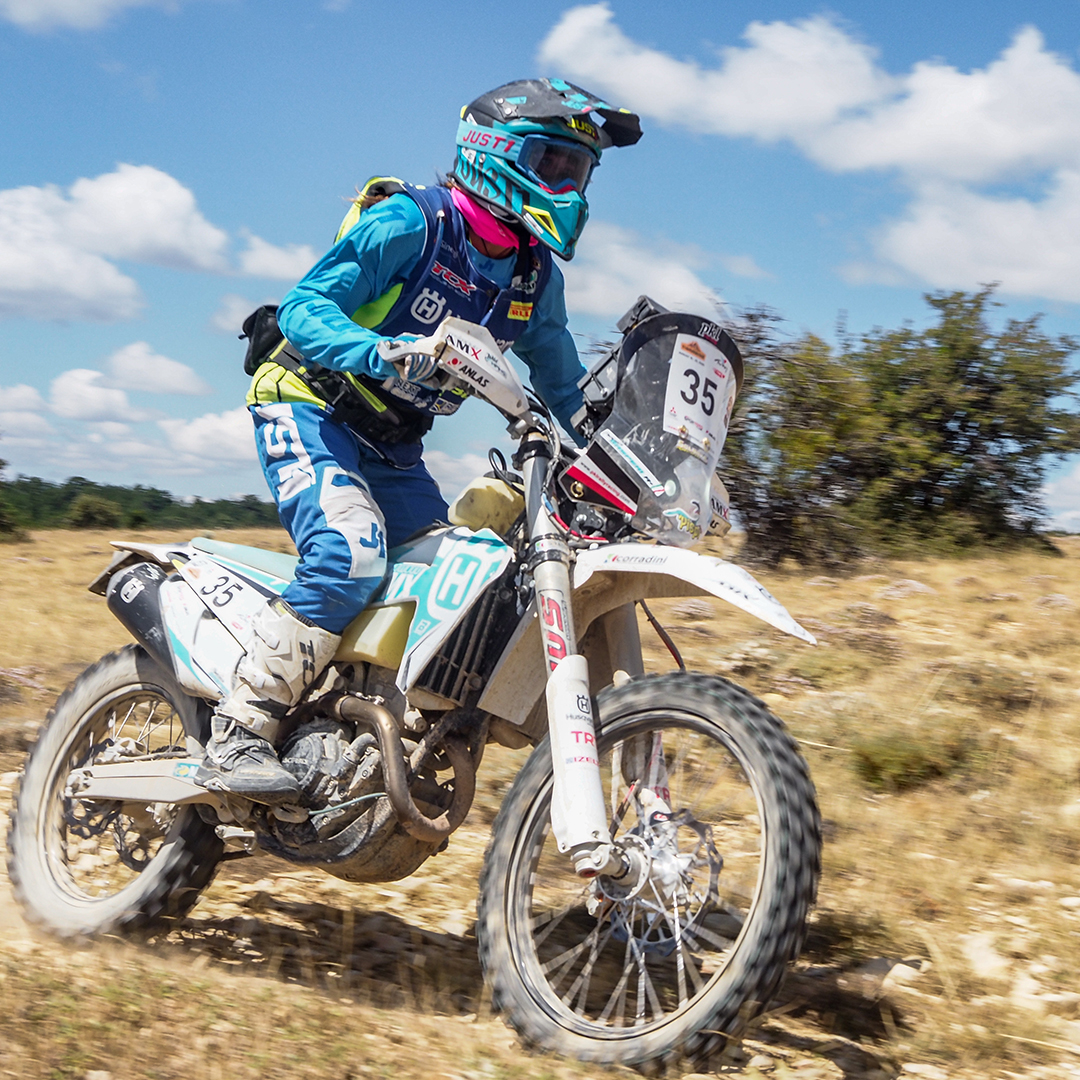 On the sixth day of TransAnatolia, the racers completed the longest route of the race with a total of 495 km in 3 special stages. The rankings were surprising at the end of the special stages of 101 km Mihalıcçık, 40 km Nallıhan and 180 km Kıbrısçık. Covering long and difficult kilometers for six days, the racers have now escalated the competition even further especially during the last two days decreasing the differences to mere seconds. The competitors are now at the final 305 km of the 2.850 km long race and we are expecting them to increase their performances even further on the seventh and final day until they reach the finish line at Şile.

There was a fierce competition in the motorcycle category during the sixth day. Adrien Van Beveren, Jacopo Cerutti and Allessandro Botturi shifted among the first three spots with no change in the general classification. Maintaining leadership, Xavier de Soultrait came first with a total time of 20 hours 5 minutes 26 seconds. Adrien Van Beveren came second at 20 hours 16 minutes 34 seconds while Jacopo Cerutti and Allessandro Botturi maintained their respective rankings of third and fourth.

Having the best time among Turkish pilots, Ejder Erişti came ninth in the general classification.
Even though İsrafil Akyüz came from behind in all three stages in the Quad category, he managed to maintain first place with a total time of 37 hours 3 minutes 14 seconds. Erkan Uzlaş came second followed by Yusuf Sayar in third place.

There was no change in the rankings in the SSV category and Çağdaş Çağlar & Ertuğrul Danişment maintained leadership with a total time of 32 hours 52 minutes 12 seconds while the team of Zafer Durmaz & Onur Altan Tan took second place with 37 hours 40 minutes 41 seconds.

The rankings kept changing in the automobile category as well throughout the day. After falling behind in rankings due to consecutive misfortunes, the team of Mert Becce & Sertaç Tatar could not climb up to the top three in the general classification despite finishing all three special stages in first place. Taking on the leadership with an attack on the fifth day, the team of Serhat Saygılı & Suat Çelik managed to maintain leadership in the general classification with a time of 28 hours 42 minutes 8 seconds. Bekir Kuvvet Erim & Kaan Karaöz climbed up to second place after decreasing the difference with the leader down to 15 minutes after a significant performance in the special stages with a total time of 28 hours 56 minutes 52 seconds in the general classification.

Day 6 of TransAnatolia ended at the Abant camp. The racers will complete the last day of the race at the finish line at Şile after completing the Hendek and Karasu beach stage.