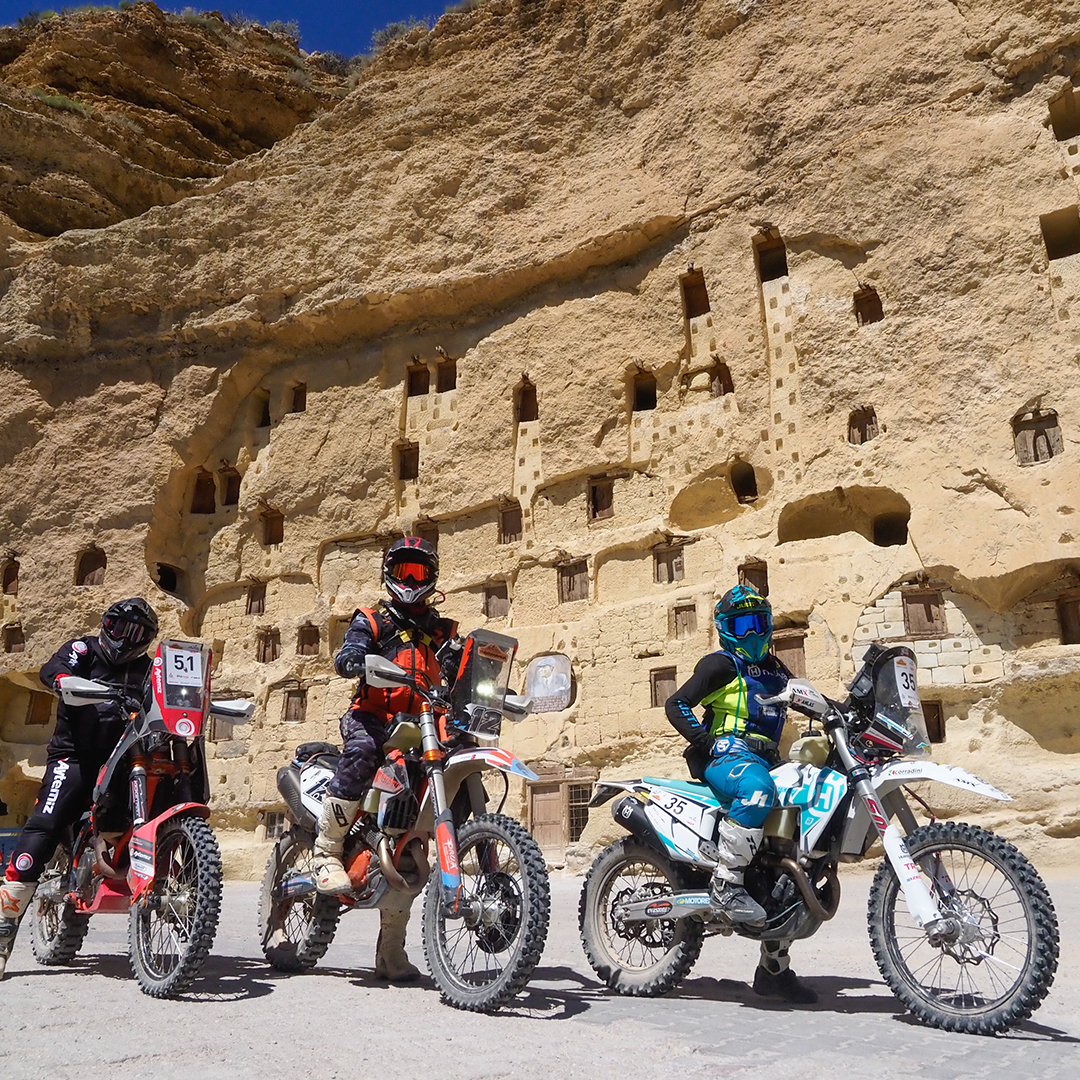 The racers are strong, the route is difficult.

On the fourth day of TransAnatolia, the racers hit the road from Karadağ to complete the 198 km longest special stage of Bolkar. The rocky and harsh surface of the Bolkar Mountains gave the racers some difficult time.

The top three in the motorcycle category did not change at the end of the fourth day as well. Holding onto first place in the general classification, Xavier de Soultrait came first with a total time of 12 hours 17 minutes 7 seconds.

Adrien Van Beveren finished the first stage of the day at his best time but still failed to change the ranking taking second place with 12 hours 26 minutes 49 seconds. While Allessandro Botturi closed the gap with Jacopo Cerutti in the third place down to 56 seconds striving to find a spot in the top three.

İsrafil Akyüz retained his first place ranking with a total time of 21 hours 54 minutes 01 seconds despite falling back in both stages.

Completing both stages of the day in first place in the SSV category, Çağdaş Çağlar & Ertuğrul Danişment continued to increase the gap with their competitors with a total time of 19 hours 12 minutes 5 seconds. While the team of Necati Şahin & Armağan Şahin managed to climb up to second place again at the end of the day following the technical issues of the previous day.

Murat Kamil Altun and Ergün Örentel from Becce Motorsports made a surprise in the automobile category finishing both special stages of the day in first place.However, this success was not enough to carry the team up to higher rankings.

The rankings did not change at the end of the fourth day with Ahmet Bağce & Mert Tepe from IXCO Racing hanging onto the leadership with a total time of 16 hours 55 minutes 50 seconds followed in second place by the team of Tolga Yılmaz & Ebru Demirbay Erişti.

The racers will start the return route of TransAnatolia on the fifth day with the special stages of Obruk Plateau and Salt Lake.