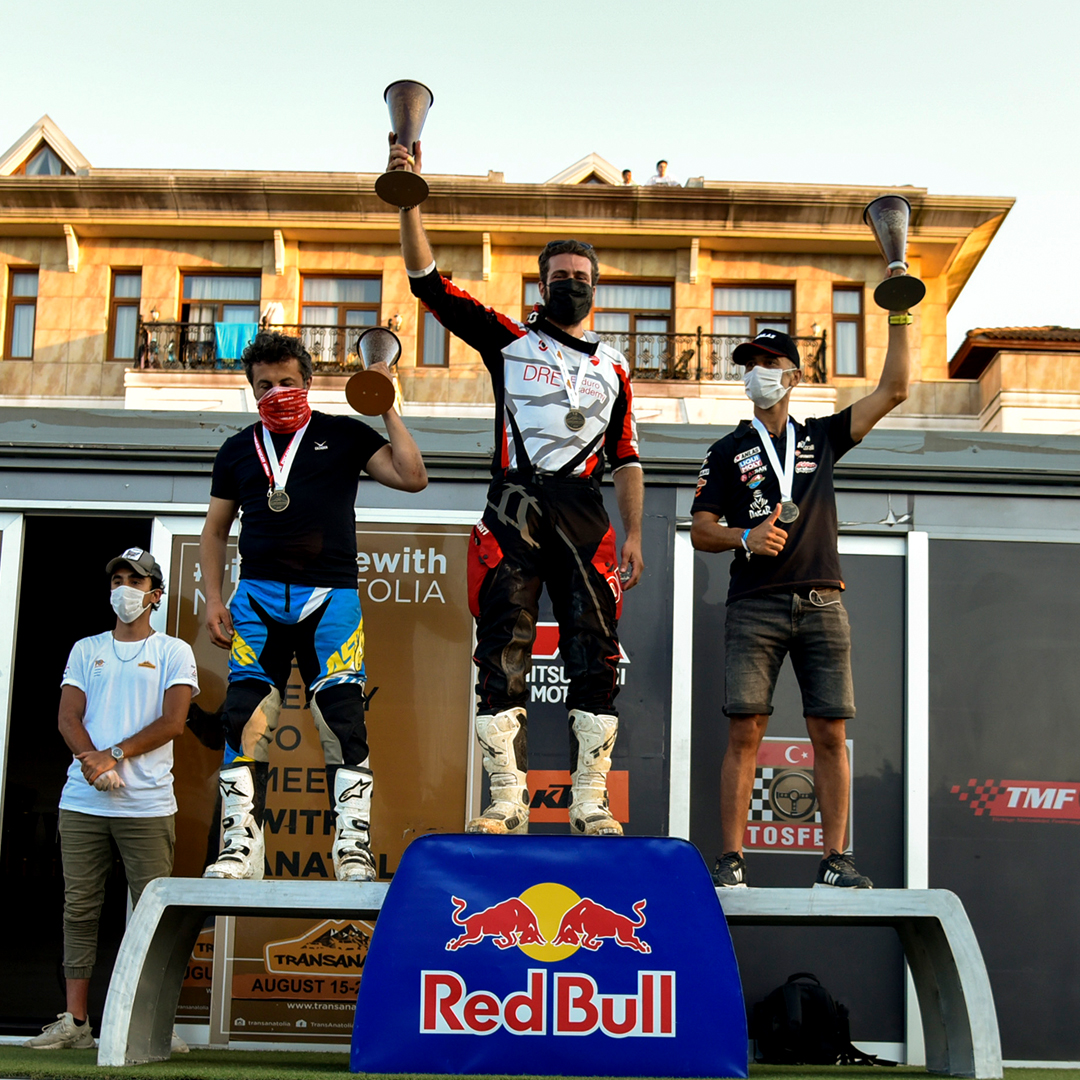 On the seventh day of TransAnatolia, the racers took off from Abant passing the 26 km long special stage of Karasu. As the final stage of the race, Karasu was the most difficult stage with its sand surface. Many racers got stuck in the sand and had some difficult times in addition to losing valuable time during the deep sand stage of Karasu along the shoreline.

There were mere seconds between the racers in the motorcycle category on the final day. The difference between the three athletes was only 26 minutes at the end of the 2.850 km long tiring route traversed over a period of 7 days. Frenchman Xavier de Soultrait won the race with a total time of 20 hours 28 minutes 57 seconds. Frenchman Adrien Van Beveren came second with 20 hours 41 minutes 11 seconds followed by Italian Jacopo Cerutti at 20 hours 54 minutes 50 seconds.

Having the best time among Turkish pilots, Ejder Erişti came eight in the general classification.
İsrafil Akyüz came first in the Quad category with 39 hours 5 minutes 52 seconds followed by Erkan Uzlaş in second place and Hasan Yatgın in third place.

The team of Tarık Gökbay & Osman Metin came first in the general classification in the automobile category with a time of 30 hours 52 minutes 20 seconds followed by Serhat Saygılı & Suat Çelik with 31 hours 4 minutes 4 seconds in second place and Ahmet Bağce & Mert Tepe in third place.

The racers reached Şile at the end of the stage to receive their cups and medals at the award ceremony. TRT Sports Coordinator Özgür Buzbaş presented the cups to the racers ranked in the motorcycle category.